Today, while surfing over the internet, I found some amazing funny short stories with a twist so, I immediately sat down to note them down. It’s time to have some laugh and here are some of the short stories, I was amused by.

Some Funny short stories with a twist and thrilling endings:

Now, sit comfortably. Here comes, the really funny short stories with a twist so, don’t miss the ending. IF you like these stories here are some more collection of funny stories with morals for adults. on our other post. Do follow the link to enjoy the short stories.

Some engineering students were sitting at a corner in the class. The teacher went closer and noticed curiously.

Then asked the students: What are you doing here?

Student: Sir, we have discovered a new thing using which we can see through the wall.

Teacher: What is that?

Such stories happen in class most of the time, and these are the memories in each one’s life which remain with us till the end of our days. These little memories of our school days, fill our dull and boring old life with a little happiness.

I have a funny story about Is computer male or female? and believe me, it got much hilarious when the student’s reply.

2. Never ever dare to touch me again

A taxi passenger tapped the driver on the shoulder to ask him a question. The driver shouts aloud, Car gets out of control and nearly hit a bus, went up on the footpath, and stopped inches away from a shop window.

For a second there was complete silence in the cab, then the driver said, “Sir, don’t you ever do that again. You nearly killed me!”

The passenger apologized for his tap and said, “Sorry, I didn’t know that a little tap would scare you so much. ” The cab driver replied, “No Sir, It’s not you.

Actually, Today is my first day as a cab driver – I used to drive a funeral van for the last 25 years and no one tapped.”

If you like this driver’s story. I have a list of Driver jokes in this post. It was really funny to see the Driving instructor shout “I quit, learn yourself”. 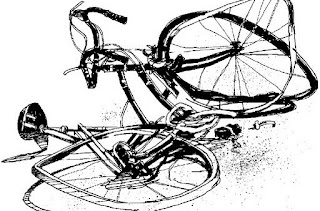 A boy was riding a cycle with a basket of eggs on it. He hit a stone and fell down alongside the cycle. The eggs also fell and broke. A crowd gathered around the boy. As usual, free advice and taunts started flowing from the onlookers

“Couldn’t you be more careful?”

“What were you thinking, cycling, casually without attention?”

An old man approached the crowd saw what had happened and aforesaid “Poor fellow, now, what will he answer to his Owner about the eggs. Ok, I am going to help him, as maximum amount as I can”……

saying this handed over $ 10/- to the boy. And mentioned, “These onlookers are good people, they will not only give advice, but they will help you by giving money also, accept their help”.

The onlookers observing the sayings of the old man and his actions gave money to the boy. The boy was very happy since the money collected was over the worth of the eggs broken. One of the onlookers asked the boy

“Young man if that old man wasn’t around, I do not know what difficulties you would have faced with your owner”

The boy looked at the man and said, “Sir, He is the owner of the shop, where I work”.

life may seem unfair but clever minds always find ways in the hardship, instead of getting frustrated.

Once a time a teenage girl named Ashley was sitting in a class. Behind her was little John. Ashley was bored so she fell asleep. Luckily the teacher did not notice and went on teaching. In the last quarter-hour of the class, she asks a question.

“Tell me, who made this universe, class?”, The teacher asked. Little Johnny poked with a pin on Ashley’s back. She suddenly woke up and said, “God Almighty!!”.

The teacher was impressed and praised her. She went back to sleep. After 5 more minutes, the teacher asks the class “who came to the rescue of humans in the era of darkness?”.

Johnny again poked Ashley’s back with a pin. She once again stood up suddenly and said “ Jesus Christ!!”.

The teacher again praised her. Ashley went back to sleep again after giving John a deathly glare.

The teacher just before going asked the class “ what did Eve say to Adam after giving birth to their 15th child?”

“I swear to God that if one more time you insert that thing into me, then I will take it from you and shove it in your a**”.

the next class was of Science, and in the biology lab, the teacher was trying to do an experiment in front of the students.
He took a frog and placed it in a container and said aloud “Jump“
The frog jumps.
Then he cuts a leg of the frog and again shouts “jump“.
The frog jumps.
He does it 2 more times and every time the frog jumps. Finally, he cuts the last leg and shouts “Jump“.
The frog didn’t move.
then the teacher faced the students. Students what do you understand by this experiment.
The backbencher shouts
“Sir, When we cut all the four legs of the frog, he becomes deaf.”
The teacher shocked, the student rocked.
I hope you are enjoying Funny short stories with a twist.

6. Hunger is more powerful over any feeling?

The next day again, in the biology lab, he was trying to teach some important lessons of life to the students through an experiment.
He said, ” students, hunger is most powerful than any other feeling around you.”
He puts a female mouse and a piece of bread in a container. And while holding the male mouse in his hand he said: ” students, here I have a hungry mouse and I’m going to put him inside. let’s check what attracts him.“

As he puts the mouse down. It ran to the bread. He then changed the bread with Apple and cheese but the result was the same. So, the story concludes that hunger is most powerful over any other feeling.

Suddenly, a voice interferes “sir, try changing the female. She might be his wife.”
The teacher shocked, Student rocked.

A woman is watching the news on TV and they are reporting live from a helicopter about a man going the wrong way. All the other cars on the highway are swerving all over the place trying to avoid hitting this guy.

She calls her husband to warn him as he knows that he travels on that highway at this time.

She says to him, “There’s this crazy driver on the highway going the wrong direction.“

He replies emphatically, “just one, hell there’s a whole bunch of them going all the way wrong.”

In a train compartment, there were four companions – A Project Manager, his team member, an old woman, and her young daughter. Then, there comes a tunnel and the train goes through a dark tunnel. Suddenly there comes a smooching sound and then a slap !!! 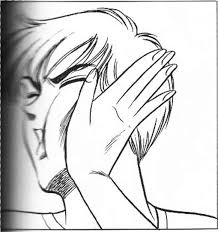 The train comes out of the tunnel…The women and the assistant are sitting there looking completely baffled. The manager is bending over holding his face, which is Red apparently from a slap. All of them stay diplomatic and no-one says anything…
The old woman is thinking :

These managers are all crazy after girls. They must have kissed my daughter in the darkness. Very proper that she slapped him…
The young girl is thinking :

The manager should have tried to kiss me but kissed my mother instead and got smacked…
The manager is thinking :

Damn it… My junior should have kissed the girl. She might have thought that it was me and slapped me…
Now guess what the assistant is thinking…
.
.
If this train goes through another tunnel I am going to make another kissing sound and slap my manager once more…
The idiot keeps harassing me in the office…!!