An incident of a school punishment in the classroom during the school days. Such incidents are common during school times which makes school life memorable. When I read it, it reminds me of my school and therefore it is here for you. Enjoy.

This story is about one of my classmate in school. It was in class 11.
So, it was the last period of school and just after the bell rang after the period, the teacher left and there was a huge sound of someone blasting the polythene after filling the air. It came from the last bench.
By chance, one of the teachers has spotted who has done that and the teacher asked the guy to write what he did and why. While, he as writing that, everyone left for home. Next morning, when the teacher came to class, he called that guy and asked him to read what he has written. It was something like this: 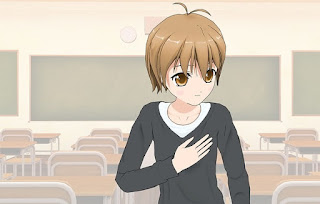 The school bell rang and everyone was packing their bags. The windows were open at that time and a cool breeze was blowing. Suddenly, from somewhere polythene came flying from outside with air inside it. I had my bag in my hands. at that very moment, that air filed polythene came to my bench and my bag has fallen on that polythene and thus a huge sound has produced with no mistake or action of mine. It was just a pure coincidence and an act of physics. The teacher has spotted me with the polythene when I was going to throw that in the dustbin.
Thank you
It was hilarious and everyone was laughing out madly along with the teacher. The teacher said you bugger forgot to add ‘Hence Proved” in the last line.
Some more funny stories.