A True motivational Story, B R Ambedkar Short Biography, here I have written a short biography on BR Ambedkar in hope to motivate you. It is one of the best motivational Stories. It makes a little difference, who you are, who you were born, once you decide to bring the change.

“We are Indians, firstly and lastly.” –B R Ambedkar 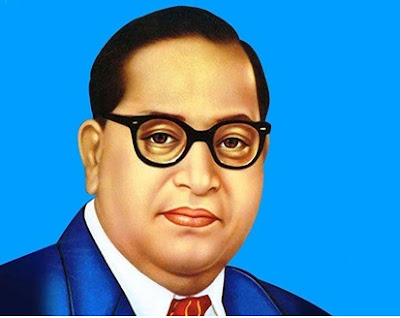 It takes courage to fight for social inequality. It takes a strong will to believe that things can change. It requires a leader to fight these inequalities and make a new social order which enforces equality.

“Life should be great rather than long” –B. R. Ambedkar

Bhimrao Ramji Ambedkar was an economist, politician, scholar, social reformer who inspired the Dalit Buddhist movement and a leader who established an India of equals. A man who put the first brick of the foundation of equality in India.

“I measure the progress of a community by the degree of progress which women have achieved.” – B. R. Ambedkar

Dr. B. R. Ambedkar’s story is very much an inspiring one. A little boy born of a Dalit Mahar family who was considered untouchables, facing all the humiliation in the school, in college, in the society but standing still for the rights of the lower class, for the equality, liberty and basic human rights, became the father of Indian Constitution. One of the most respectable freedom leaders.

BR Ambedkar was Born on 14th April 1891 to an officer in the Indian army. His father retired in 1894 and the family moved to Satara two years later.

Since childhood, he faced the lack of resources just because of being a Mahar, a lower caste in Hindu religion.

Of his brothers and sisters, only Ambedkar passed his examinations and went to school.

“I like the religion which teaches liberty, equality, and fraternity.” –B. R. Ambedkar

later, Awarded a scholarship by the Gaekwar (ruler) of Baroda, he studied at universities in the United States, Britain, and Germany.

He entered the Baroda Public Service at the Gaekwar’s request, but, again ill-treated by his high-caste colleagues, he quit in a short time.

here in this short biography of B R Ambedkar, this is an incident he described in his autobiography, Waiting for a Visa.

The Karkun contemptuously asked, “Who are you?”  I replied, “Sir, I am a Harijan.” He said, “Go away, stand at a distance. How dare you stand so near me! You are in the office, if you were outside I would have given you six kicks. What audacity to come here for service!” Thereafter, he asked me to drop on the ground my certificate and the order of appointment as a Talati. He then picked them up. While I was working in the Mamlatdar’s office at Borsad I experienced great difficulty in the matter of getting water for drinking. In the verandah, there were kept cans containing drinking water. A waterman was in charge of these water cans. His duty was to pour out water to clerks in the office whenever they require it. In the absence of the waterman, they could themselves take water out of the cans and drink it. That was impossible in my case.

However, after that, he tried many ways to make a living for his growing family. He first worked as a private tutor, then as an accountant, and even established an investment consulting business, but it failed when his clients learned that he was untouchable.

Later became a professor of Political Economy, Although he was successful with the students, other professors objected to his sharing a drinking-water jug with them.

Before the Southborough Committee, which was preparing the Government of India Act 1919, he argued for creating separate electorates and reservations for untouchables and other religious communities.

While he was practicing law in the Bombay High Court, he there tried to promote education to untouchables and uplift them and thus established Bahishkrit Hitakarini Sabha.

For the Dalit rights, he started five periodicals.

“Men are mortal. So are ideas. An idea needs propagation as likely a plant needs watering. Otherwise, both will wither and die.” –B R Ambedkar

By the year 1927, Ambedkar launched full-fledged movements for Dalit rights. He demanded public water sources open to all and right for all castes to enter temples.

These movements disturbed the Higher caste Brahmins and thus faced a lot of objections.

“Our is a battle; Not for wealth, nor for power, ours is battle; for freedom; for reclamation of human personality.”-B R Ambedkar

In 1935, Ambedkar’s wife died after a long illness without proper care from doctors as she was born in a lower caste.

After completing the draft for India’s constitution, he suffered from lack of sleep and had neuropathic pain in his legs.

During his treatment, he met Dr. Sharada Kabir, whom he married on 15th April 1948, at his home in New Delhi.

He was so much humiliated for being born a Mahar so-called lower caste that he decided to convert to other religion.

On October 14, 1956, Ambedkar organized a public ceremony to convert around five lakhs of his supporters to Buddhism. and along with his wife accepted Buddhism.

Upon India’s independence of 15 August 1947, the new Congress-led government invited Ambedkar to serve as the nation’s first law and Justice Minister, which he accepted.

He had studied and chosen the best from the constitutions of about Sixty countries. Ambedkar is recognized thought out the world as the “Father of the Constitution of India.”

The struggle was a part of Babasaheb’s life as he had to work hard for everything he achieved.

While he is being remembered for his restless sacrifice and struggle for a new social order, the Indian nation shall always remain indebted to him for giving us a Constitution that defines our core values as a nation.

“My struggle of life is my message” –B R Ambedkar

He was the man who made us a nation of equals.

List of some of the book on the Life of B. R. Ambedkar: