Nothing happens by chance

Story of Dr. APJ Abdul Kalam, a story from real life, and a story from Mahabharata to clarify that nothing happens by chance, Whatever happens, happens for best…

Story of Dr. Ahmed, Everything is Pre-planned

Dr. Ahmed, a well-known cancer specialist,
was on his way to another city for an important conference where he was to get an award in the field of Medical Research.

He was really excited to attend the conference and to reach as shortly as possible. He had worked so long & hard on his research and felt his efforts deserved the award.

However, after the plane takes off, within the next two hours, the plane made an emergency landing at the nearest airport due to some technical snag.

He got afraid that he was going to miss the conference, So, Dr. Ahmed immediately visited the reception to enquire for the next flight but informed that next flight to the destination was after ten hours.

The receptionist recommended him to rent a car and drive himself to the conference which was only four hours away.

Left with no other choice, he agreed to the idea despite his hatred for driving long distances.

Dr. Ahmed got a car rented and went on his journey. However, shortly once he left, the weather suddenly changed and a heavy storm began. The heavy rain made it difficult to look through and he missed a turn he was supposed to take.

After 2 hours of driving, he got convinced that he was lost. Driving in the heavy rain on a deserted road, feeling hungry and tired, he started looking for any sign of living being. 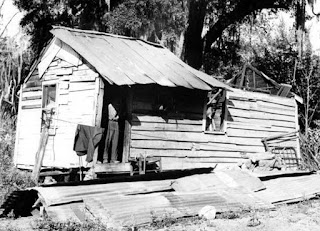 After some time, when the storm calmed a little. he finally found a small tattered house.

Desperately, he got out of the car and knocked on the door.

A beautiful lady opened the door.

He explained the matter and asked her if he might use her telephone.

The lady with a heavy heart told him that she doesn’t have any phone connection but told the doctor that it could come inside till weather improves.

Fully exhausted, and hungry he accepted her kind invitation and walked in. The lady gave him hot tea and bread to eat.

The lady asked him if he could join her for prayers to that Dr. Ahmed smiled and said that he believes in hard work only and told her to continue with her prayers.

Sitting on the table and sipping the tea, the Dr. watched the woman in the dim light of candles as she was praying for someone next to her, maybe, a small baby crib.

Every time she finished a prayer, she again started with another prayer. Feeling that the woman could be in need of something, the doctor seized the opportunity to speak as soon as she finished her prayers.

The doctor asked her what exactly she wants from God and enquired if God will ever listen to her prayers.

He further asked about the tiny kid in the crib for whom she was apparently making a lot of prayers.

The lady gave a sad smile and said that the child in the crib is her son who is suffering from a rare type of cancer and there is only one Dr. Ahmed who can cure him but she doesn’t have money to afford his fee and moreover Dr. Ahmed lives in another far off town.

She aforementioned that God has not answered her prayer so far but said that God is going to make some way out one day and added that she will not allow her fears to overcome her faith.

Stunned and speechless Dr. Ahmed was in tears.

He whispered under his breath, God, is great and recollected the sequence of events that happened in his journey to this point.

Firstly, There was some malfunction in the airplane, then the thunderstorm hit, and he lost his directions and all of this happened in a pre-planned sequence because God did not just answer her prayer but also gave him a chance to come out of the materialistic world and offer some help to the needy poor peoples who have nothing but their prayers.

After the great war of Kurukshetra was over, Arjuna and Krishna were talking on how their life was till then.

We followed Dharma our whole life and what did we get in return? 14 years of trouble and a War with my family all our life.

Duryodana, on the other hand, enjoyed all the luxariesss despite he was arrogant and never followed Dharma.

Krishna dressed himself and Arjuna as a poor Brahmin and both went to a village. There they visited the richest man in the village and asked for the night stay. The rich man was so arrogant but still offered them to stay along with cows.

Arjuna was angry by the rich man’s behavior but didn’t say a word.

The next day, Krishna told the rich man

Repair the building, it’s too week, might fall any day.

The rich man verified his saying and found true. He thanked Krishna and asked his workers to make it strong enough to stand for the next 100 years.

Krishna then took Arjuna to a poor man’s hut and asked for night stay. The poor man not only gave his own hut but also brought some fruits for them that night. The poor man’s only means of living was a cow. Arjuna got happy about the hospitality showed by the poor man.

The very night, when everyone was sleeping, Krishna took Arjuna to that cow and touched it. The cow died in seconds.

Arjuna and Krishna reached back to the palace. Arjuna then asked Krishna

So, this is the God’s way of thinking. Helping the rich man who was arrogant and mean but killing the only means of living of a poor man who was so kind and good

Krishna looked at Arjuna with a smile and said:

Its what I said. You never know my ways.
That building, the rich man renovate had hidden treasure from a king. If the building had fallen, he would have got the treasure which lasts for next hundred years. Now the treasure stays under the building for the same time.

The fate was that a death must occur in the poor man’s life. They were just him,his wife, his only son and a cow. Then it was decided, his cow should leave in place of any one from his family.

Arjuna now with the Krishna teaching got to know the mysterious ways in which God thinks, Nothing happens by chance, Whatever happens, happens for the best and decided never again to question what he gets or happens in his life.

Hence whatever that happens to us is for our good just as in the case of the poor man. We may never know the reason for happening but always believe nothing happens by chance.

Even if you aren’t a believer of God, you need to believe in Goodness around the world. There is much better than bad. You just need to see it. Nothing happens by chance.

Dr. APJ Abdul Kalam, Real Story of, Whatever happens, happens for the best.

The story of Dr. APJ Abdul Kalam known famously as the “Missile Man of India”, indeed could be one of the best real-life stories to validate the fact that everything happens for a reason. Whatever happens, happens for the best and nothing happens by chance. 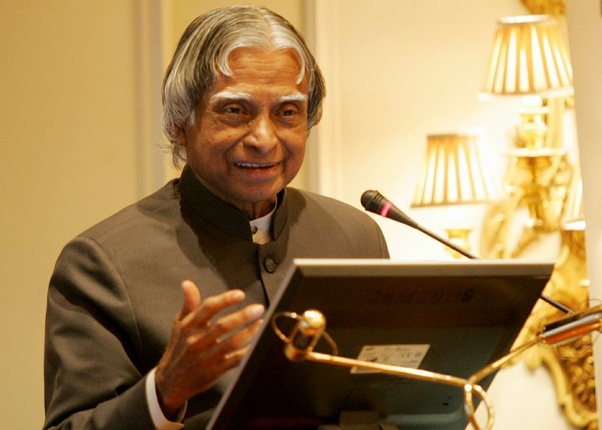 Dr. Kalam had this childhood dream of flying an aircraft. He was amazed by this very idea of how birds were able to swing their wings and fly up in the sky. This desire and motivation led him to pursue Aeronautical Engineering from the Madras Institute of Technology, Chennai (then Madras).

When he came out of MIT as a graduate aeronautical engineer two alternative opportunities for employment, both close to his long-standing dream of flying, presented themselves before him. One was a career in the Air Force and another was a job at the Directorate of Technical Development and Production, DTD&P(Air), at the Ministry of Defence. He applied for both and the interview call from both the places came almost simultaneously. He did well with the interview at DTD&P(Air) but failed in the examination of Indian Air Force Selection Board. In his autobiography – “Wings of Fire” he re-accounts how difficult it was for him to get through this failure.

On his way back home Dr. Kalam met Swami Sivananda at Sivananda ashram situated near river Ganga. On being asked about his source of sorrow Dr. Kalam told Swami Ji about his unsuccessful attempt to join the Indian Air Force and his long-cherished desire to fly. Swami Ji told him to accept his destiny and go ahead with his life. He told him that he is not destined to become an Air Force pilot and this failure was essential to lead him to his destined path.

When enquired at the DTD&P(Air) about the outcome of his interview. In response, he was handed an appointment letter. He thought of this as his destiny and joined DTD&P as Senior Scientific Assistant the very next day.

The rest of the story need not be unfolded. Nothing happens by chance. Whatever happens, happens for the best. His contribution to Indian Space Research and Defence Technology be it from developing an indigenous satellite launch vehicle or supersonic cruise missile his contribution was indispensable and irreplaceable. Dr Sarabhai and Dr Kalam. A photograph of early stages of the Indian space program

Today Dr. APJ Kalam is named one of the most distinguished scientists of India with several unique honorary doctorates from 30 universities and institutions. He has got the coveted civilian awards – Padma Bhushan (1981) and Padma Vibhushan (1990) and the highest civilian award Bharat Ratna (1997). He is a holder of several other awards and Fellow of many professional institutions. His failure in the Air Force selection board essentially proved to be the path for all this glory and incalculable success; after all, Everything Happens For A reason.

Moral of the true story.

Nothing happens by chance.